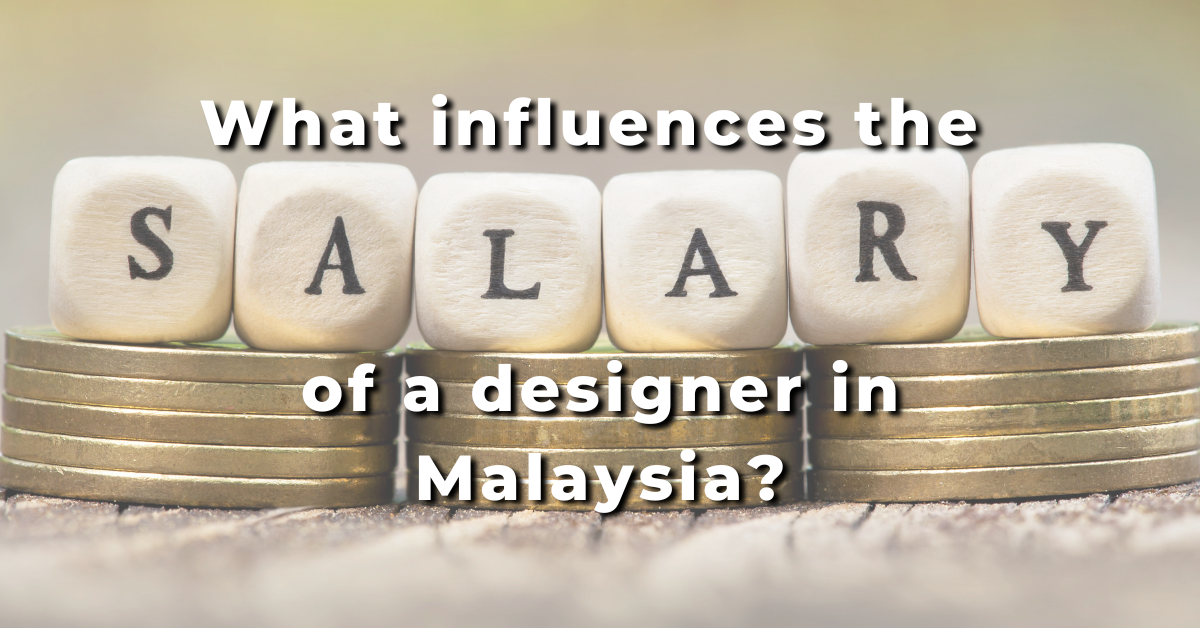 Graphic designers make around RM 1500 to RM 5000 on average in Malaysia. Let’s figure out what factors influence the salary of a designer.

The company they work for

There are many factors that affect the salary of a designer, but one of the most important is geographical location. Designers in larger cities and metropolitan areas tend to earn more than those in smaller towns and rural areas. This is because there is more demand for their services in larger cities and they are able to command higher prices. Additionally, the cost of living is generally higher in larger cities, so designers need to earn more to maintain their standard of living. Another factor that can influence salary is the specific industry that a designer works in. For example, designers who work in the fashion industry tend to earn more than those who work in the advertising industry. This is because the fashion industry is generally more profitable and competitive than the advertising industry. Additionally, designers who have a lot of experience and a strong portfolio of work are typically able to command higher salaries than those who are just starting out.

A designer’s salary is largely influenced by their creative portfolio. This is because a portfolio is often the first impression a potential employer has of a designer’s work. A strong portfolio showcases a designer’s talent and skills, and can make them stand out from the competition. It can also be used as a bargaining tool when negotiating salary. A portfolio is not only a way to show off a designer’s skills, but also a way to demonstrate their creative thinking and problem-solving abilities. Employers want to see that a designer is capable of coming up with original and innovative solutions to challenges. A portfolio can also give employers an insight into a designer’s working process and how they approach projects. A well-crafted portfolio can be the difference between getting a job and being passed over for someone else. For this reason, it is important for designers to put time and effort into creating a portfolio that will impress potential employers and help them secure the best possible salary.

The size of the company they work for

Whether they are a freelancer or not

There are a few key reasons why whether someone is a freelancer or not can influence their salary as a designer. To start, freelancers are often paid by the project, so their income can be more variable and dependent on the number of projects they are able to land. Additionally, freelancers don’t usually receive benefits like health insurance or paid vacation, which can further impact their earnings. On the other hand, designers who are employed full-time at a company are typically paid a salary that is not variable, and they often have access to benefits. Because of these factors, freelancers often have to be more strategic about how they price their services in order to make a livable wage, while designers who are employed full-time may have more negotiating power when it comes to salary.

The amount of competition in the market

The amount of competition in the market for designers influences salary because designers must be able to differentiate themselves from other designers in order to command a higher salary. There are a limited number of jobs for designers, and so companies can be choosier when it comes to hiring. This means that designers must be able to show their value to a potential employer in order to be hired. One way to do this is to have a strong portfolio that showcases their skills and talent. Another way to stand out from the competition is to have a strong network of contacts. Designers who are well-connected in the industry are more likely to hear about job openings and be considered for positions. Finally, designers who are able to negotiate effectively are also more likely to earn a higher salary.

The current economic conditions have a big influence on the salary of a designer. The main reason is that the demand for designers is constantly changing. In good economic times, companies are more likely to invest in new products and services, which means they need designers to create them. However, in bad economic times, companies are more likely to cut costs, which means they don’t need as many designers. As a result, the salary of a designer can fluctuate quite a bit depending on the state of the economy.

The designer’s own personal financial situation

There are a variety of factors that can influence how much a designer is paid. This can include their level of experience, the size of the company they work for, the location of the company, and the type of design work they do. In general, designers with more experience and who work for larger companies tend to earn higher salaries. Stay tuned on Artmeet for more blog inspiration or check here to know who the richest graphic designer in the world : The 25 Richest Graphic Designers in the World (2022)

Are you paid fairly?